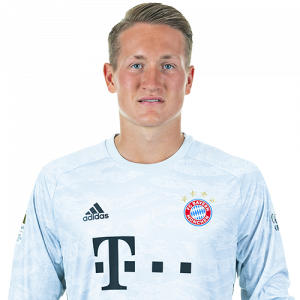 Ron-Thorben Hoffmann (born 4 April 1999) is a German footballer who plays as a goalkeeper for Bayern Munich.

Hoffmann made his 3. Liga debut for Bayern Munich II on 30 July 2019, starting in the away match against Hansa Rostock.

International career
Hoffmann made two appearances for the German under-18 national team in 2016, debuting at half-time in a friendly match against the Republic of Ireland on 13 November 2016.