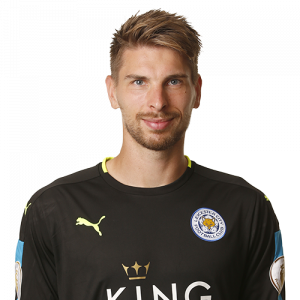 Ron-Robert Zieler (born 12 February 1989) is a German professional footballer who plays as a goalkeeper for 1. FC Köln, on loan from Hannover 96.

Between 2011 and 2015 he made six appearances for the Germany national team.

He began his professional career at Manchester United, where he did not play a competitive match, making his debut on loan at Northampton Town. In 2010, he moved to Hannover 96, where he made 221 professional appearances across six seasons; he did not miss a Bundesliga game in any of his five final seasons. Zieler joined Stuttgart in 2017 after one season with Leicester City.

A former German youth international, Zieler won the 2008 UEFA European Under-19 Championship. He made his senior international debut in 2011, and was part of Germany’s squads which reached the semi-finals of UEFA Euro 2012 and won the 2014 FIFA World Cup.