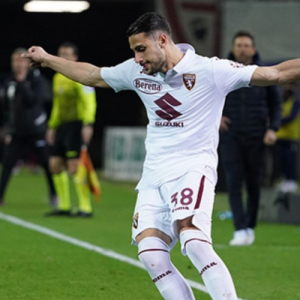 Rolando Mandragora (born 29 June 1997) is an Italian footballer who plays as a midfielder for Serie A club Torino, on loan from Juventus.

He began his professional career at Genoa, making five Serie A appearances and playing more frequently on loan at Pescara in Serie B. In 2016 he joined Juventus, where he made a sole appearance and was loaned a year later to Crotone, where he played regularly. He signed for Udinese in 2018. He rejoined Juventus in October 2020 and was immediately loaned back to Udinese.

Mandragora represented Italy at every age group from under-17 to under-21. He made his senior international debut in June 2018.

Torino (loan)
On 1 February 2021, after bringing an early finish to his loan at Udinese, Mandragora joined Torino, again on loan, until June 2022. The deal includes a conditional obligation to buy.