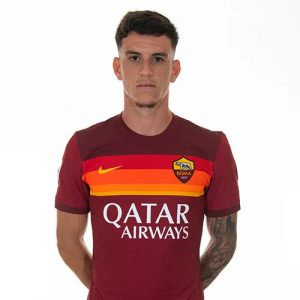 Roger Ibañez da Silva (born 23 November 1998), commonly known as Ibañez, is a Brazilian professional footballer who plays for Serie A club Roma, on loan from Atalanta. Mainly a central defender, he can also play as a defensive midfielder.

Early career
Born in Canela, Rio Grande do Sul to an Uruguayan mother, Ibañez only started his career in 2016, aged 18, at Grêmio Atlético Osoriense. Playing as a midfielder, he joined PRS Futebol Clube later in that year, and made his senior debut during the 2016 Copa Serrana, which was the club’s first professional competition.

Fluminense
In the middle of 2017, Ibañez joined Fluminense and was initially assigned to the under-20 squad.

Atalanta
On 29 January 2019, Ibañez signed with the Italian club Atalanta. Having been inserted in the squad in February, Ibañez received his debut on 11 May, coming on for the final few minutes of their 2–1 victory over Genoa.

Loan to Roma
On 27 January 2020, he moved to Serie A club Roma and signed a 4.5-year contract with the club. The transfer is initially a loan until 30 June 2021, which will convert to the permanent transfer for a predetermined fee of €8 million if certain conditions are met.