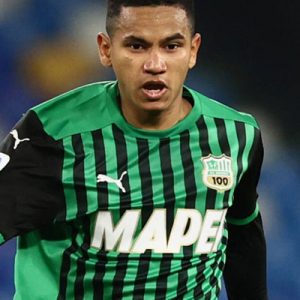 Rogério Oliveira da Silva (born 13 January 1998), known as Rogério, is a Brazilian professional footballer who plays as a left back for Italian side Sassuolo.

After a season playing for the Primavera team of Juventus, Rogério returned to Sassuolo in August 2017 on a season-long loan deal.

On 17 July 2018, Rogério was loaned out to Sassuolo once again, this time with an option to buy.  The deal was turned permanent at the end of the 2018–19 season.