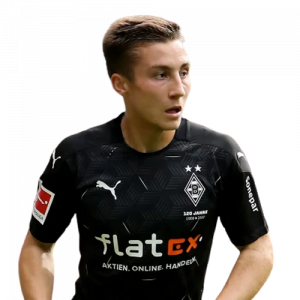 Rocco Reitz (born 29 May 2002) is a German professional footballer who plays as a midfielder for Borussia Mönchengladbach.

Career
Reitz made his professional debut for Borussia Mönchengladbach in the Bundesliga on 24 October 2020, starting in the away match against Mainz 05 before being substituted out in the 60th minute for Jonas Hofmann.

The 18-year-old, who was eligible to play for the U19 for the last time this season, was able to prepare for the 2020/21 season with the professional team. Due to the high stress caused by the Bundesliga, DFB Cup and Champions League, head coach Marco Rose announced at the beginning of October that Reitz could still count on Bundesliga appearances until the end of the year. After the midfielder had already been part of the matchday squad in all competitions, he finally made his debut on October 24, 2020 in a 3-2 win against 1. FSV Mainz 05 on matchday five in the top German division.