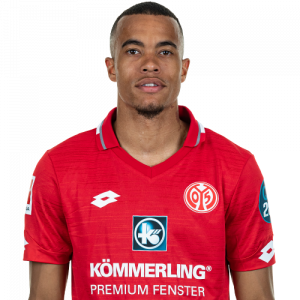 Robin Kwamina Quaison (born 9 October 1993) is a Swedish footballer who plays as a forward for Bundesliga side Mainz 05 and the Sweden national team.

He made Europa League his debut in a 4–0 loss to Napoli on 20 September 2012 before going on to playing a further five times in the Europa League cup run. He received the first red card of his career against Halmstads BK in a 3–3 draw. He finished his second season making 28 appearances in all competitions.

On 6 August 2013, Quaison scored a long-distance goal against Manchester United in a 1–1 draw during a pre-season friendly.

Palermo
In July 2014 Quaison moved to the Serie A club Palermo, signing a three-year contract, having been previously linked with Stoke City, Leeds and QPR.

On 17 December 2019, Quaison scored his first career hat-trick in a 5–0 Bundesliga victory over Werder Bremen.