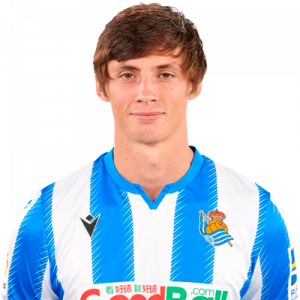 Real Sociedad
On 5 July 2016, Le Normand signed a two-year deal with Real Sociedad, being assigned to the B-team in Segunda División B. He received a new contract in August 2018, for two more years.

Le Normand made his first team – and La Liga – debut on 26 November 2018, starting in a 2–1 home win against RC Celta de Vigo. The following 12 February, he renewed his contract with the Txuri-urdin until 2022, and was definitely promoted to the main squad on 9 June.

After the departure of Héctor Moreno, Le Normand became an integral part of the starting XI. He scored his first La Liga goal on 30 November 2019, opening the scoring in a 4–1 home win against SD Eibar. He was rewarded with a contract extension until 2024, on 4 June 2020.