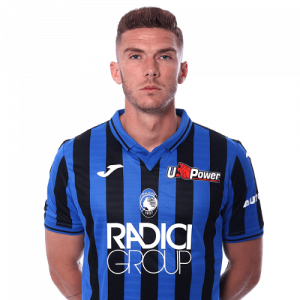 Robin Everardus Gosens (born 5 July 1994) is a German professional footballer who plays as a left midfielder or left-back for Serie A club Atalanta and the Germany national team.

Born in Emmerich am Rhein, Gosens appeared for local clubs before joining Vitesse’s youth setup on 4 July 2012. On 13 August 2013, he signed his first professional deal with the club. Prior to this, he failed at a trial workout with Bundesliga giant Borussia Dortmund. Gosens himself described it a fiasco.

On 14 January 2014, Gosens was loaned to FC Dordrecht until the end of the season. He made his professional debut three days later, starting in a 1–1 home draw against SBV Excelsior.

Gosens scored his first professional goal on 7 February, netting the second in a 6–1 home defeat of FC Emmen. He appeared in 20 matches during the campaign (play-offs included), as his side finished second and returned to Eredivisie after a nineteen-year absence.

On 29 May 2014, Gosens’ loan was renewed for a further year, and he made his Eredivisie debut on 9 August, playing the full 90 minutes in a 2–1 away win against SC Heerenveen. He scored his first goal in the competition on 20 September, netting his side’s only in a 1–1 away draw against Excelsior.

On 4 June 2015, it was announced that Gosens had moved on a free transfer to Heracles Almelo.

On 2 June 2017, it was announced that Gosens had transferred to Italian side Atalanta. On 18 September 2019, Gosens made his Champions League debut against Dinamo Zagreb. Gosens established himself as one of the top wing-backs in the Serie A, excelling both offensively and defensively. During the 2019–2020 season, he was one of Atalanta’s top goalscorers of the season scoring 9 goals, an unprecedentedly high number for a defender.