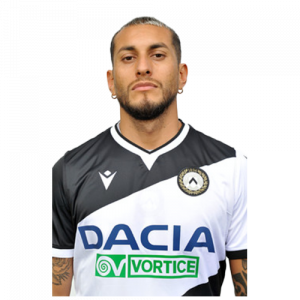 Roberto Maximiliano Pereyra (born 7 January 1991) is an Argentine footballer who plays for Udinese and the Argentina national team.

A right-footed player, his preferred position is as a midfielder or as a forward. Due to his versatility, he is capable of playing a variety of positions such as left or right wing, central midfield, attacking midfield or second striker.

After beginning his career in Argentina with River Plate, he joined Italian club Udinese in 2011, where his performances earned him a loan to defending league champions Juventus in 2014; he was signed permanently by The Old Lady in 2015 and won two consecutive Serie A titles during his time with the club. During his time in Italy, he developed into a well-rounded, adaptable, and tactically versatile player due to his dynamism, energy, and technique, as well as his offensive and defensive work-rate and attributes. In 2016, he joined English Premier League club Watford.

At international level, Pereyra made his senior debut in 2014, and has since obtained over ten caps; he represented the Argentina national football team at two editions of the Copa América, winning a runners-up medal and a bronze medal in the 2015 and the 2019 editions of the tournament respectively.

Pereyra re-joined Italian side Udinese on 28 September 2020 for an undisclosed fee.