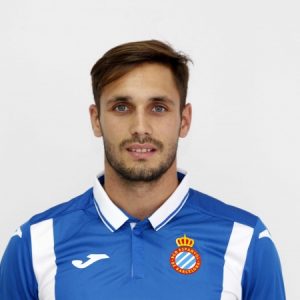 Roberto “Rober” Antonio Correa Silva (born 20 September 1992) is a Spanish professional footballer who plays for SD Eibar as a right back.

Born in Badajoz, Extremadura, Correa joined Rayo Vallecano’s youth academy in 2010, aged already 18. He made his senior debut with the reserves in the 2011–12 season, in Segunda División B.

On 21 April 2012, Correa made his first-team – and La Liga – debut, starting in a 1–2 away loss against Sporting de Gijón. He also started in a 0–7 home defeat to FC Barcelona, scoring an own goal.

Correa left the Madrid outskirts club on 11 July 2013 and signed a three-year deal with another reserve team, RCD Espanyol B. On 12 June 2015, he renewed his contract until 2018 and was definitely promoted to the main squad.

On 20 July 2016, Correa was loaned to Segunda División club Elche CF for one year. On 7 August of the following year, after suffering relegation, he signed a permanent two-year contract with fellow league team Cádiz CF.

Correa agreed to a three-year deal at SD Eibar on 5 July 2019, as a free agent. He played 12 matches in his first season, in a 14th-place finish.