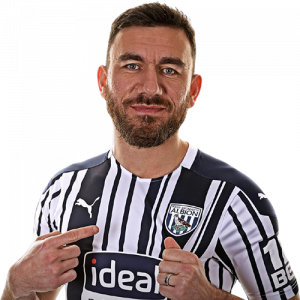 Snodgrass started his senior career with Livingston. He also had a loan spell at Stirling Albion before moving to England in 2008, joining Leeds United. He helped Leeds win promotion to the Championship in 2010. In February 2012, Snodgrass was appointed captain of Leeds, but he rejected a new contract offer and moved to Norwich City in July. He left Norwich after they were relegated in 2014 and moved to Hull City. On his league debut for Hull, Snodgrass suffered a serious knee injury that sidelined him for over a year. Hull were relegated in his absence, but Snodgrass helped them gain promotion via the playoffs in 2016. Snodgrass moved to West Ham United in January 2017.

After playing for Scotland at various youth levels including under-21s, Snodgrass received a call up to the Scotland national team side in 2009, and won his first cap in February 2011. Snodgrass retired from international football in October 2019, having made 28 appearances.

On 8 January 2021, Snodgrass joined West Bromwich Albion on an 18-month contract for an undisclosed fee. He made his West Brom debut on 16 January in a 3–2 win in a Black Country derby at Molineux. He was omitted from the squad for their next game, a 2–1 defeat at West Ham on 19 January. West Brom manager Sam Allardyce said that he had not played due to “an agreement between the clubs”. The Premier League stated their intention to investigate the terms of the transfer with regard to a possible violation of their rules regarding one club’s influence over the policies or the performance of another club. Snodgrass had been transferred permanently by West Ham, and it is only loan deals that allow for that kind of restriction.