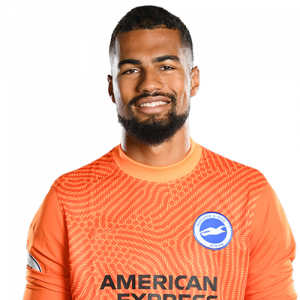 Born in Cartagena, Sánchez began his career with Levante before moving to England to sign for Brighton & Hove Albion at the age of 15, turning professional with them in June 2015. In April 2018 he signed a new three-year contract with the club.

In June 2018 he moved on loan to Forest Green Rovers for the 2018–19 season. Sánchez played in the opening game of the season making his debut away at Grimsby where Rovers won 4–1. Sánchez was recalled by parent club Brighton in January 2019 to provide cover as Albion’s Maty Ryan was called up for Australia for the Asian Cup. He made 17 appearances for Forest Green that season, all coming in the league.

On 1 November 2020, Sánchez made his Brighton debut, playing in a 2–1 defeat in a Premier League match against Tottenham Hotspur.

International career
Sánchez was born in Spain to an English father and Spanish mother. On 15 March 2021, Sánchez received his first call-up to the Spanish national team, for 2022 FIFA World Cup qualification matches against Greece, Georgia and Kosovo.

Sánchez has said that he modelled himself on Spanish goalkeepers Iker Casillas and David de Gea.