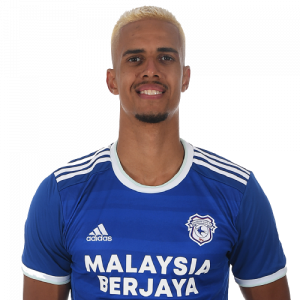 Robert Nesta Glatzel (born 8 January 1994) is a German professional footballer who plays as a forward for Bundesliga club Mainz 05, on loan from Welsh club Cardiff City.

Born in Bavaria, Glatzel joined SC Fürstenfeldbrück, before he switched to SpVgg Unterhaching. In 2012, Glatzel joined the youth academy of 1860 Munich. After one year in the Munich-quarter of Giesing, he joined fourth-tier side SV Heimstetten and in September 2013, he switched to Wacker Burghausen in the professional 3. Liga. After struggling to maintain a regular place in Burghausen, Glatzel returned to 1860 Munich and played for the reserve team. In 2015, he left Bavaria and joined the 2. Bundesliga side 1. FC Kaiserslautern. Glatzel played for the reserve team and for the first team; for the latter, he made 19 appearances in the second division, scoring four goals.

Cardiff City
On 31 July 2019, Glatzel signed for Championship side Cardiff City. He made his debut for the club in a 2–1 victory over Luton Town on 10 August. He scored his first goal for Cardiff on 13 September 2019 in a 1–1 draw away at Derby County.

Loan to Mainz 05
On 1 February 2021, Glatzel joined German club Mainz 05 on a loan deal until the end of the season.