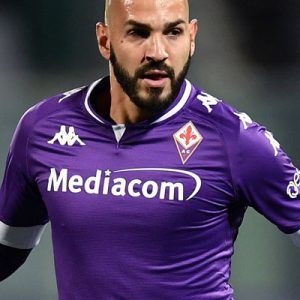 Riccardo Saponara (born 21 December 1991) is an Italian professional footballer who plays as an attacking midfielder for Serie A club Spezia, on loan from Fiorentina.

Empoli and Milan
Originally played as a winger, Empoli manager Maurizio Sarri switched him into a central position behind the strikers[citation needed] in the 2012–13 Serie B season to devastating effect as he grabbed 13 goals and 15 assists in 40 appearances for the club. He led Empoli to the Serie B promotion play-off finals where they lost to Livorno.

In January 2013, Milan signed the 21-year-old Saponara from Empoli on the condition that he remained at Empoli until the end of the season. Milan paid €3.75 million for his co-ownership on a 4+1⁄2-year contract, which Parma signed Empoli’s half for €2.6 million in summer 2013. He played just 218 minutes of Serie A football spread across seven league games, failing to contribute any goals or assists in the 2013–14 season. In June 2014, Milan acquired Parma’s half for just €1 million.

Return to Empoli
On 16 January 2015, Saponara returned to Empoli with the formula of the loan with the right of redemption. He made his comeback for the club four days later in Roma – Empoli 2–1 in Coppa Italia. He made comeback in the league ten days later in Empoli’s 1–2 defeat to Udinese, opening the scoring with a penalty kick; his first goal in Serie A and his second during his experience in Tuscany. On 22 March 2015, he scored his first brace in a 3–1 home win over Sassuolo. On 13 May, his contract was redeemed by Empoli for a reported €4 million.

Loan to Sampdoria
On 17 August 2018, Saponara joined Sampdoria on a one-year loan from Fiorentina. The deal included an option to purchase.

After Saponara scored a game tying goal against Lazio on December 18, 2018, he gained notoriety when he was celebrating with his teams’ fans, his shorts fell down and the supporters also pulled down his tight white briefs.

Loan to Genoa
On 7 August 2019, Saponara joined Genoa on loan with an option to buy.

Loan to Lecce
On 22 January 2020, Saponara joined Lecce on loan from Genoa.

Loan to Spezia
On 5 January 2021, Saponara joined Spezia on loan from Fiorentina.