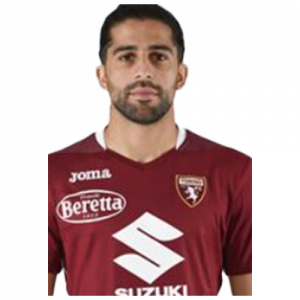 Ricardo Iván Rodríguez Araya (born 25 August 1992) is a Swiss professional footballer who plays as a left-back for Serie A club Torino and the Switzerland national team.

Born to a Spanish father and a Chilean mother of Basque descent, Rodríguez began his professional career at local club FC Zürich in 2010, having spent eight years in the youth setup. After breaking through into the first team at Zürich, Rodríguez was sold to VfL Wolfsburg in January 2012 for £7.5 million. He played 184 games across all competitions for Wolfsburg, scoring 22 goals and winning the DFB-Pokal and DFL-Supercup in 2015. In 2017, he signed for A.C. Milan.

Rodríguez has earned caps at every level of the Swiss national team setup, winning the FIFA U17 World Cup in 2009. A full international for Switzerland since 2011, Rodríguez has earned over seventy caps for the country. He was part of the Swiss team at the 2012 Olympics, the 2014 FIFA World Cup, UEFA Euro 2016 and the 2018 FIFA World Cup. In 2014, he was voted Swiss Footballer of the Year.