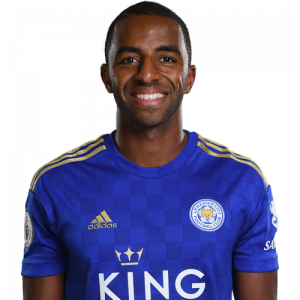 After starting out at Vitória de Guimarães – winning the 2013 Taça de Portugal and being the competition’s top scorer in the process – he signed with Porto, being part of the squad that won the 2017–18 Primeira Liga but also spending two years on loan to French club Nice.

An international since 2015, Pereira represented Portugal at the 2018 World Cup.

Guimarães
Born in Lisbon of Cape Verdean descent, Pereira began playing youth football with local C.F. Benfica, signing in 2010 with Associação Naval 1º de Maio after a six-year spell at Sporting CP’s academy. He moved to Vitória S.C. after only one year, completing his development with the Guimarães-based club.

Pereira made his first-team – and Primeira Liga – debut on 1 April 2012, playing 12 minutes in a 3–1 home win over F.C. Paços de Ferreira. He scored six goals in as many games in the 2012–13 edition of the Portuguese Cup, including the 2–1 winner in the final against S.L. Benfica as the Minho Province side won the tournament for the first time in their history.

Porto
On 16 April 2013, before the season was over, Pereira agreed to join FC Porto on 1 July, moving alongside teammate Tiago Rodrigues. He alternated constantly between the first and the second teams during his early tenure, also being reconverted into a fullback by manager Paulo Fonseca. His maiden appearance in the UEFA Champions League took place on 26 August 2014, when he replaced injured Casemiro late into the 2–0 home victory over Lille OSC for the play-off round.

In summer 2015, after only 33 first-team appearances over two seasons, Pereira was loaned for two years to French club OGC Nice. He made his debut in Ligue 1 on 12 September, playing the entire 0–1 home loss to En Avant de Guingamp.

Pereira was voted as the French League’s best full-back by the International Centre for Sports Studies in April 2016.

Leicester City
On 17 May 2018, a €25 million deal was agreed for Pereira to move to Leicester City. He made his Premier League debut on 10 August, playing the entire 1–2 away defeat against Manchester United. He scored his first goal while celebrating his 25th birthday, netting after a counter-attack in a 1–2 home loss to Everton. At the end of the campaign, he was voted both his team’s Player of the Season and Players’ Player of the Season.

Pereira scored in consecutive wins over Tottenham Hotspur and Newcastle United in September 2019, both at the King Power Stadium, and the following 4 March he netted the only goal against Birmingham City in the fifth round of the FA Cup to put the Foxes into the last eight for the first time in eight years. Days later, he was ruled out for the rest of the season with an anterior cruciate ligament injury.