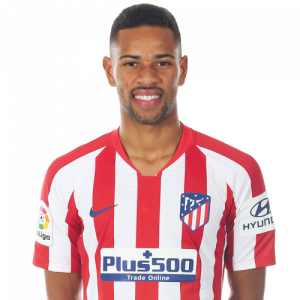 Lodi subsequently represented the under-23 in the Campeonato Paranaense, and scored his first senior goal on 25 March 2018, netting the opener in a 5–0 home routing of Maringá. Three days later, he extended his contract until March 2021.

Lodi became a regular starter under new manager Tiago Nunes, and renewed his contract until 2022 on 10 August 2018.

On 28 June 2019, La Liga side Atlético Madrid reached an agreement in principle with Athletico Paranaense for the transfer of Lodi. The deal was completed on 7 July 2019 and Lodi signed a six-year contract with the club. On 24 November 2019, Lodi scored his first goal for Atlético in a 1–1 draw with Granada. On 16 May 2021, Lodi came on as a substitute and scored a late equalizing goal in the eventual 2–1 home win over Osasuna that would keep the club in the title race against Real Madrid. The following week, as Atlético won the last game in the competition, Lodi became a 2020–21 La Liga champion as part of the team.