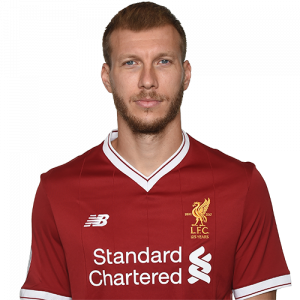 Ragnar Klavan (born 30 October 1985) is an Estonian professional footballer who plays as a defender for Italian club Cagliari and captains the Estonia national team.

A left-footed centre back, he has also played as a left back during his career.

Klavan played for Elva, Tulevik and Flora in Estonia, winning the Meistriliiga with Flora in the 2003 season, before moving to the Netherlands where he represented Heracles Almelo and AZ, winning the Eredivisie with the latter in the 2008–09 season. In 2012, he transferred to FC Augsburg and spent four seasons in the Bundesliga before his move to Liverpool in 2016 for €5 million. In 2018, Klavan signed for Cagliari in a transfer worth £2 million.