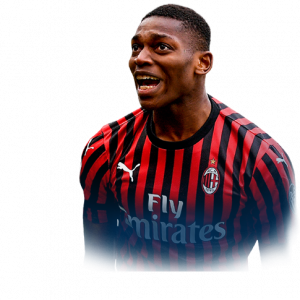 Sporting
Born in Almada, Setúbal District of Angolan descent, Leão joined Sporting CP’s youth system at the age of 9 after a brief spell in Amora FC. On 21 May 2017, still a junior, he made his senior debut with the reserves, coming on as a second-half substitute and scoring in a 1–1 away draw against S.C. Braga B.

Milan
On 1 August 2019, Leão signed a five-year contract at A.C. Milan. He made his Serie A debut 24 days later, as a 75th-minute substitute for Samu Castillejo in a 1–0 away defeat to Udinese Calcio,[ and scored his first goal as a late consolation in a 3–1 home loss to ACF Fiorentina on 29 September.

Leão scored the fastest goal in the history of the Serie A on 20 December 2020, away against U.S. Sassuolo Calcio after just six seconds; the match eventually ended 2–1 for his team.