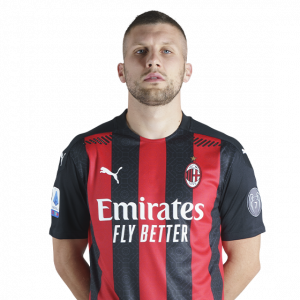 Rade Krunić (born 7 October 1993) is a Bosnian professional footballer who plays as a midfielder for Serie A club Milan and the Bosnia and Herzegovina national team.

Krunić started his professional career at Sutjeska Foča, before joining Donji Srem in 2013. A year later, he moved to Hellas Verona, who immediately loaned him back to Donji Srem. In 2015, he signed with Borac Čačak. Later that year, he switched to Empoli. Krunić was transferred to Milan in 2019.

A former youth international for Bosnia and Herzegovina, Krunić made his senior international debut in 2016, earning 20 caps since.

In July 2019, Krunić was transferred to Milan for an undisclosed fee. He made his official debut for the club in a loss to Fiorentina on 29 September. On 22 October 2020, he scored his first goal for Milan in UEFA Europa League game away at Celtic. Four months later, Krunić scored his first league goal in a triumph over his former club Hellas Verona.