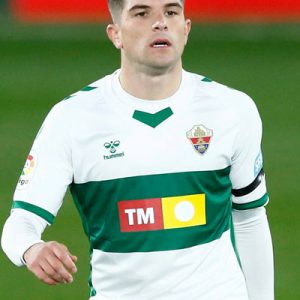 Born in Zaragoza, Guti joined Real Zaragoza’s youth setup in 2013, from AD Stadium Casablanca. He made his senior debut with the reserves on 30 August 2015, coming on as a second-half substitute for Sergio Gil in a 0–0 Tercera División home draw against SD Tarazona.

Guti scored his first senior goal on 10 January 2016, in a 5–0 home routing of UD Fraga. On 26 February of the following year, he scored a brace in a 6–0 thrashing of CD Sariñena.

Guti made his professional debut on 10 June 2017, replacing fellow youth graduate Jorge Pombo and scoring his team’s only goal in a 2–1 home loss against CD Tenerife for the Segunda División championship. A regular starter during the 2017–18 season, he scored his first professional goal on 6 January 2018 by netting the equalizer in a 1–1 home draw against FC Barcelona B.