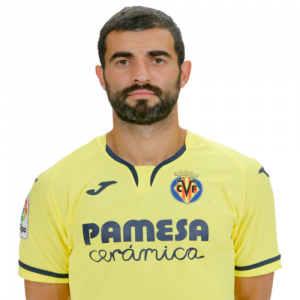 Raúl Albiol Tortajada (born 4 September 1985) is a Spanish professional footballer who plays for Villarreal and the Spain national team.

A reliable and physically strong player who excels in the air, his main asset is his versatility, as he can play as a centre-back, right-back or defensive midfielder. He spent most of his career with Valencia and Real Madrid, winning five major titles between both teams. He amassed La Liga totals of 300 matches and eight goals over 12 seasons, and also played several years in the Italian Serie A with Napoli.

A Spanish international since 2007, Albiol represented the country in two World Cups and as many European Championships, winning three tournaments including the 2010 World Cup.

Villarreal
On 4 July 2019, the 33-year-old Albiol returned to Spain and agreed to a three-year deal at Villarreal CF. He made his debut on 17 August, in a 4–4 home draw to Granada CF.