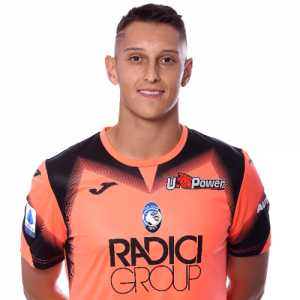 Pierluigi Gollini (born 18 March 1995) is an Italian professional footballer who plays as a goalkeeper for Serie A club Atalanta and the Italy national football team.

Gollini joined Hellas Verona in 2014 from Manchester United. He made his Serie A debut on 24 September 2014 as a starter in a 2–2 home draw against Genoa.

After two seasons with Verona, Gollini signed for Championship club Aston Villa on 8 July 2016. He made his first appearance for Aston Villa in an 8–0 friendly win over Austrian side Grazer AK the following day.

On 13 January 2017, Gollini signed for Italian side Atalanta on an 18-month loan. On 10 June 2018, Gollini signed permanently for Atalanta for an undisclosed fee. He spent the first half of the year as backup to Etrit Berisha, however claimed the starting spot in the second half of the season. Berisha was loaned out the following summer, making Gollini the undisputed starter. Gollini started every match in Atalanta’s debut season in the UEFA Champions League, as they finished 2nd in the group stage, qualifying for the round of 16.