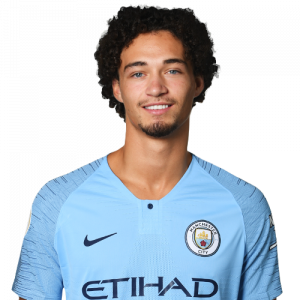 Philippe Sandler (born 10 February 1997) is a Dutch professional footballer who plays for Premier League club Manchester City, as a centre back.

Born in Amsterdam, Sandler began his senior career with PEC Zwolle in the 2016–17 season, having previously played youth football for Ajax.

In January 2018 it was announced that Sandler would leave PEC Zwolle to join English club Manchester City in the summer of 2018, for a transfer fee reported to be between €2.5 and 3 million. The transfer went through on 31 July 2018. Sandler requested the number 34 shirt in tribute to former Ajax teammate Abdelhak Nouri, who collapsed and suffered brain damage, ending his career.

Sandler made his City debut on 6 January 2019, coming on as a substitute in a 7–0 win over Rotherham United in the FA Cup.

Sandler was loaned to Anderlecht for the 2019–20 season, joining up with Anderlecht player-manager, former Man City teammate Vincent Kompany.

International career
Sandler has represented the Netherlands at under-20 level. He is eligible to play for the Netherlands, South Africa, and United States having been born in Amsterdam to a South African father and American mother.