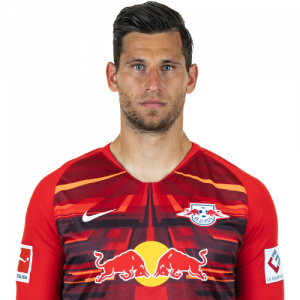 Philipp Tschauner (born 3 November 1985) is a German professional footballer who plays as a goalkeeper for RB Leipzig. During his career, he has played for 1. FC Nürnberg, 1860 Munich, FC St. Pauli, Hannover 96 and FC Ingolstadt. Tschauner has played internationally for Germany nine times at under-20 and once at the under-21 level.

FC St. Pauli
For the 2011–12 season Tschauner joined FC St. Pauli, where he signed a contract until 2013. There, he became an instant goalkeeper and took part in all 19 league games until in the last game before the winter break—a 2: 0 win over Eintracht Frankfurt—he sustained an acromioclavicular injury, which made him unfit to play for several weeks.

On 1 April 2013, during the 27th round of the Bundesliga 2, Tschauner scored in the 90th minute of the 2:2 final against SC Paderborn 07 with a header after a corner kick from midfielder Dennis Daube.

Hannover 96
On 14 May 2015 Tschauner signed a contract with the Bundesliga club Hannover 96.