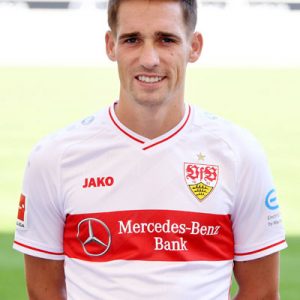 Philipp Klement (born 9 September 1992) is a German professional footballer who plays as a central midfielder for VfB Stuttgart.

On 4 August 2014, it was announced that Klement had joined 1. FSV Mainz 05 II on a one-year deal. Both sides can also extend the contract by an agreed clause.

In September 2015, he was promoted to the Mainz first team and made his Bundesliga debut as substitute in an away versus Schalke 04. He participated in the first team’s training and continued to play for the second team as well.

In the summer of 2019, Klement moved to VfB Stuttgart.