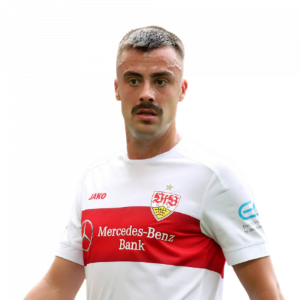 Philipp Förster (born 4 February 1995) is a German footballer who plays as a midfielder for VfB Stuttgart.

After playing youth football with Karlsruher SC and VfB Stuttgart, he started his senior career in the Regionalliga Südwest with Waldhof Mannheim in 2014. He joined 2. Bundesliga side 1. FC Nürnberg in January 2017, but failed to make a first-team appearance and joined fellow 2. Bumdesliga side SV Sandhausen later that year. Two years later, he signed for 2. Bundesliga side VfB Stuttgart, and won promotion to the Bundesliga in his first season at the club.

After suffering an ankle injury during the build-up to the 2020–21 season, Förster made his Bundesliga debut as a substitute in second-half stoppage time of a 1–1 draw with FC Schalke 04 on 30 October 2020. He made his first Bundesliga start on 28 November 2019 as a replacement for the injured Daniel Didavi in a 3–1 defeat to Bayern Munich.