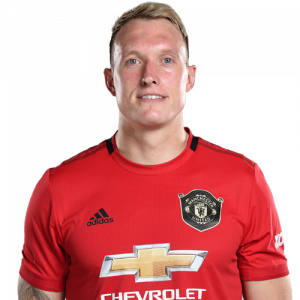 Philip Anthony Jones is an English professional footballer who plays for Manchester United and the England national team. Before joining Manchester United, Jones played for Blackburn Rovers at both youth and senior levels. Although primarily a centre back he has also been used as a right-back or defensive midfielder.