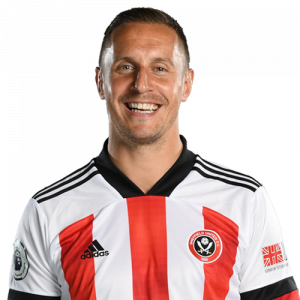 Philip Nikodem Jagielka (born 17 August 1982) is an English professional footballer who plays as a centre back for Premier League club Sheffield United.

Jagielka started his career with Sheffield United in 2000, where he played mainly as a central midfielder. He helped them achieve top-flight status for the 2006–07 season, after which he joined Everton for a £4 million fee. He later captained the club from 2013–2019. He left Everton in 2019 after 11 years and returned to former club Sheffield United.

He has received 40 England caps since his debut in 2008 and was included in the England squads at UEFA Euro 2012 and the 2014 FIFA World Cup.