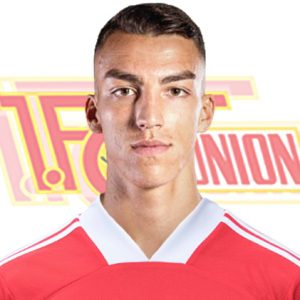 Petar Musa (born 4 March 1998) is a Croatian professional footballer who plays as a forward for 1. FC Union Berlin on loan from Slavia Prague.

Musa made his debut in the Czech First League for Slovan Liberec on 16 February 2019 in a 2–1 away loss against Baník Ostrava. He scored 14 goals in the 2019–20 Czech First League season and won the top scorer award with Libor Kozak.

He joined Bundesliga club 1. FC Union Berlin on loan until the end of the season on 1 February 2021, the last day of the 2020–21 winter transfer window. The loan fee paid to Slavia Prague was reported as €200,000 by sports magazine Kicker. On 17 April, he scored his first Bundesliga goal in a 2–1 home victory over VfB Stuttgart.