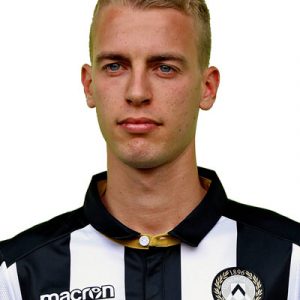 Vojvodina
Born in Novi Sad, Mićin passed Vojvodina youth school and joined the first team at the age of 18. He also spent his first six months of senior football as a bonus player with local club Crvena Zvezda, where he was playing on dual registration in second half of the 2016–17 Serbian League Vojvodina season. Returning to Vojvodina in summer 2017, Mićin passed the whole pre-season with the first team. He made his Serbian SuperLiga debut on 21 July 2017, in 1–0 home victory over Čukarički. Shortly after the official debut for Vojvodina’s first team, Mićin asked to leave the club, which led to him being suspended by the club’s management.

Čukarički
On the last day of the summer transfer window 2017, Mićin signed a five-year professional contract with Čukarički. He scored his first goal for new club in his debut match, for 2–0 away victory over Mačva Šabac on 8 September 2017. He scored a twice in a cup win against Jagodina on 20 September, as also the only for beating Zlatibor Čajetina in the same competition. Finally, Mićin scored his fifth goal in the first half-season against Red Star Belgrade on 26 November 2017.

Udinese Calcio
Micin joined Udinese Calcio from Cukaricki on 1 July 2018. He made his first team debut on the last matchday of the season, on 26 May 2019 against Cagliari in the 88th minute. Udinese won the match 2-1 securing 12th place in the Serie A at the end of the season.