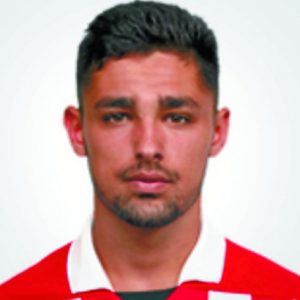 Mainly a defensive midfielder, he can also play as a centre-back.

Born in Zumaia, Gipuzkoa, Basque Country, joined Athletic Bilbao’s Lezama in 2015, from Antiguoko.[1] On 13 June 2016, he was promoted to the farm team, but moved straight to the reserves.

Nolaskoain made his senior debut on 21 August 2016, coming on as a first-half substitute for Tarsi and scoring his team’s second in a 3–0 Segunda División B home win against UD Socuéllamos. During the 2018 pre-season, he was converted to a central defender by new first-team manager Eduardo Berizzo.

Nolaskoain made his professional – and La Liga – debut on 20 August 2018, starting and scoring the opener in a 2–1 home win against CD Leganés. The following 9 August, after featuring sparingly with the main squad, he was loaned to Segunda División side Deportivo de La Coruña for one year.