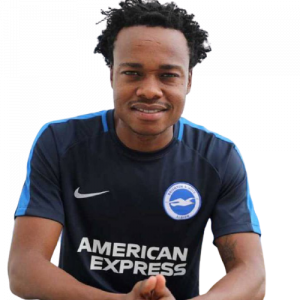 Tau began his footballing career with Premier Soccer League side Mamelodi Sundowns where he made 100 appearances either side of a loan to Witbank Spurs. During his time with Sundowns, he won the league title twice and the CAF Champions League once and was named Footballer of the Year and joint-top-goalscorer in his final season with the club.

He joined Brighton in 2018 but, due to work-permit complications, was loaned out to Belgian side Union SG with whom he won the Proximus League Player of the Season award. His form earned him a short-term move to Club Brugge, where he won a league winners’ medal the following season, before being loaned out for a third consecutive season when he signed for rivals Anderlecht in 2020.

On 7 January 2021, Tau was recalled by parent club Brighton, after just four months at Anderlecht, following the club receiving a Governing Body Endorsement, the new points-based system for non-English players which came into force when the transition period following the UK’s exit from the European Union ended, from the FA for Tau. On 10 January 2021, 905 days after signing for The Seagulls Tau made his debut coming on as a substitute in an FA Cup third round tie away at Newport County in which Brighton eventually won on penalties. 3 days later he made his league debut for Brighton starting in the 1–0 Premier League loss at Manchester City.