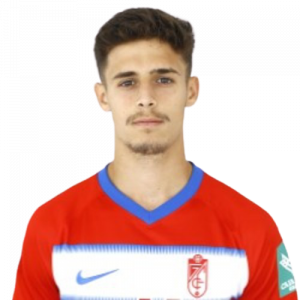 Born in Linares, Jaén, Andalusia, Sánchez joined Granada CF’s youth setup in 2016, after representing Real Jaén and Linares CF 2011. On 4 April 2019, while still a youth, he renewed his contract for two seasons.

Sánchez made his senior debut with the reserves on 3 November 2019, starting in a 2–1 Segunda División B away win against Recreativo de Huelva. He made his first team debut on 17 December, starting in a 3–2 away success over CE L’Hospitalet, for the season’s Copa del Rey.

On 28 May 2020, Sánchez renewed his contract with the Nazaríes for a further campaign. He first appeared in the UEFA Europa League on 5 November by playing the full 90 minutes in a 2–0 away win against AC Omonia, and completed a trio of debuts three days later by starting in a 0–2 La Liga away loss against Real Sociedad.