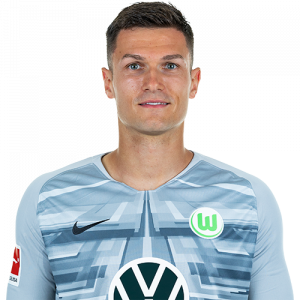 Pavao Pervan (born 13 November 1987) is an Austrian footballer who plays as a goalkeeper for VfL Wolfsburg.

International career
He was first called up for Austria national football team in November 2017, but remained on the bench in his first 10 call ups to the squad. He made his debut on 19 November 2019 in a Euro 2020 qualifier against Latvia which Austria lost 0–1.

For the 2018/19 season, Pervan moved to Germany for Bundesliga club VfL Wolfsburg, with whom he received a contract that ran until June 2021.  He played his first competitive game for Wolfsburg on September 1, 2018, the second day of the Bundesliga, when he represented goalkeeper Koen Casteels in the 3-1 away win against Bayer 04 Leverkusen.