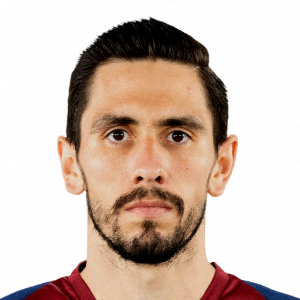 Guimarães
Born in Vila Nova de Famalicão, Braga District, Oliveira was a youth product at Vitória de Guimarães, joining the club’s ranks at the age of 13. He made his professional debut in the 2011–12 season, on loan to F.C. Penafiel in the second division.

Oliveira returned for the 2012–13 campaign, but started with the reserves also in the second tier. His first official appearance with the main squad occurred on 5 January 2013, as he played the full 90 minutes in a 0–0 away draw against Gil Vicente F.C. for the Primeira Liga. He also contributed four appearances in the Minho team’s successful campaign in the Portuguese Cup, including the final win over S.L. Benfica.

Sporting
On 19 May 2014, Oliveira signed a five-year deal with fellow league side Sporting CP. He appeared in 40 competitive games in his first year and scored three goals, helping to a third-place finish and the subsequent qualification to the UEFA Champions League; he made his debut in the competition on 30 September 2014, coming on as a 64th-minute substitute for Maurício in a 0–1 group stage home loss to Chelsea.

Subsequently, Oliveira was only third or fourth-choice stopper for the Jorge Jesus-led side.

Eibar
On 17 July 2017, Oliveira moved to SD Eibar on a four-year contract; in the process, the €3.5 million transfer fee paid for his services became the Spanish club’s highest ever, whilst Sporting remained entitled to 30% of his rights and a rebuy option after the first three years. He finished his first season in La Liga with 26 games, as his team finished in ninth place.

Oliveira scored his goal in the Spanish top division on 17 August 2019, but he also put on past his own net in the 2–1 away defeat against RCD Mallorca.