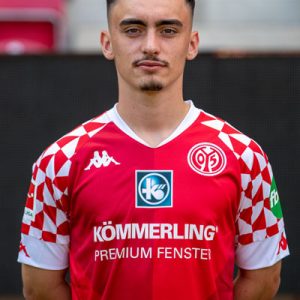 Paul Nebel (born 10 October 2002) is a German footballer who plays as a winger for Bundesliga club Mainz 05.

Nebel made his debut for Mainz 05 in the first round of the 2020–21 DFB-Pokal on 11 September 2020, coming on as a substitute in the 60th minute for Levin Öztunalı against fourth-division side TSV Havelse. He assisted Jean-Philippe Mateta’s 90th minute goal to complete a hat-trick, with the match finishing as a 5–1 win. He made his Bundesliga debut the following week on 20 September, coming on as a substitute for Mateta in the 90+1st minute of Mainz’s away match against RB Leipzig, which finished as a 3–1 loss.