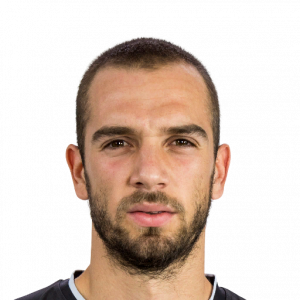 Pau López Sabata (born 13 December 1994) is a Spanish professional footballer who plays as a goalkeeper for Italian club A.S. Roma.

Espanyol
Born in Girona, Catalonia, López joined RCD Espanyol’s youth setup in 2007 at the age of 12, after starting out at hometown club Girona FC. He made his senior debut with the former’s B team in the 2013–14 season, in Segunda División B.

On 12 June 2014, López signed a new four-year contract with the Pericos, being also promoted to the main squad. He played his first match as a professional on 17 December, starting in a 1–0 home win against Deportivo Alavés in the round of 32 of the Copa del Rey and being first choice in the tournament as his team reached the semi-finals for the first time in nine years.
Betis
On 4 July 2018, López signed a five-year deal with fellow top tier club Real Betis on a free transfer. Under Quique Setién, he missed just five league matches in his only season as the Andalusians finished in tenth position.
Roma
López joined A.S. Roma on a five-year contract on 9 July 2019, in a reported €23.5 million deal. He made his Serie A debut on 25 August in a 3–3 home draw with Genoa CFC, adding a further 31 matches until the end of the campaign for the fifth-placed team. On 26 January 2020, he made a mistake in the Derby della Capitale to gift a goal to S.S. Lazio’s Francesco Acerbi in a 1–1 draw.

In 2020–21, López started the season as back-up to Antonio Mirante, before returning to the team to profit from the veteran’s injury. His own campaign was ended prematurely by a shoulder injury against Manchester United in the UEFA Europa League semi-finals.