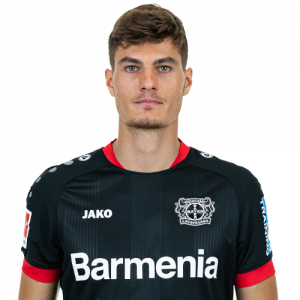 Patrik Schick (born 24 January 1996) is a Czech professional footballer who plays as a forward for Bundesliga club Bayer Leverkusen and the Czech Republic national team.

Sampdoria
Schick signed for Sampdoria in June 2016 for a reported fee of €4 million. In his first season in Italy, he appeared in 32 league matches and scored 11 goals for Sampdoria. He refused to extend his contract in May 2017, expecting a transfer to another club. In June 2017, Juventus triggered the release clause of a reported €30 million on Schick’s contract. However, Schick failed two separate medicals and Juventus backed out of the deal on 18 July.

Roma
On 29 August 2017 Schick joined Roma on a temporary deal for a loan fee of €5 million. The club had a conditional obligation to buy the player once certain sporting objectives had been achieved, for an initial fee of €9m, plus bonuses of €8m. Moreover, if Schick was sold by Roma before 1 February 2020, Sampdoria would receive €20m or a 50% transfer fee, depending on which figure were greater. Nevertheless, Sampdoria will receive €20m in February 2020 if Schick will not be sold by the time the January transfer window would closed. Including all possible bonuses, the €42 million price tag would surpass the previous club record transfer fee of €36m (Gabriel Batistuta).

RB Leipzig (loan)
On 2 September 2019, RB Leipzig announced the signing of Schick on a season-long loan deal with an option to buy him permanently.