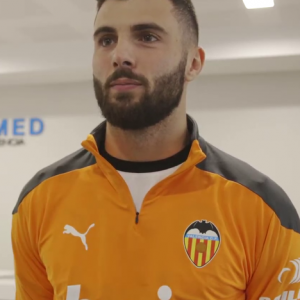 Patrick Cutrone (born 3 January 1998) is an Italian professional footballer who plays as a striker for La Liga club Valencia, on loan from Wolverhampton Wanderers.

Milan
Cutrone was born in Como and began to play football at a young age. In 2005, the 7-year old Cutrone started his youth career at the local team GS Parediense. In the summer of 2007, he had trials at Internazionale, Monza, and Milan.

Wolverhampton Wanderers
On 30 July 2019, Cutrone joined Wolverhampton Wanderers on a four-year contract. Cutrone made his league debut for Wolves as a substitute in their opening Premier League fixture of the 2019–20 season, a 0–0 away draw with Leicester City on 11 August, having made his debut appearance (also as a substitute) in the club’s 2019–20 UEFA Europa League match away to FC Pyunik of Armenia three days earlier.

Fiorentina (loan)
Cutrone joined Fiorentina on an 18-month loan deal on 10 January 2020. Two days later he made his debut, as a 75th-minute substitute for Federico Chiesa in a 1–0 home win over SPAL. On 15 January, he scored to open a 2–1 win over Atalanta in the last 16 of the Coppa Italia, also at the Stadio Artemio Franchi.

On 7 January 2021, Cutrone was recalled by Wolverhampton Wanderers.

Valencia (loan)
On 31 January 2021, La Liga club Valencia announced the signing of Cutrone on loan for the remainder of the 2020–21 season.