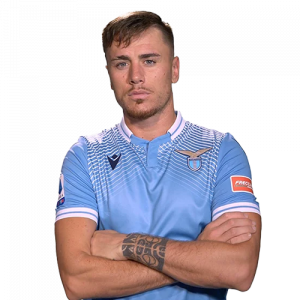 Patricio Gabarrón Gil (born 17 April 1993), known as Patric, is a Spanish professional footballer who plays for Italian club S.S. Lazio. Mainly a right-back, he can also operate as a defensive or central midfielder.

On 8 June 2015, Patric signed a four-year deal with Serie A club S.S. Lazio. He made his debut in the competition on 30 August, playing the second half of the 0–4 away loss against A.C. ChievoVerona.

On 7 July 2020, Patric received a red card for biting U.S. Lecce player Giulio Donati in a 2–1 defeat, and was fined €10,000 and given a four-match ban by the Disciplinary Commission the following day. Nine days later, the ban was reduced to three matches and €20,000 on appeal.