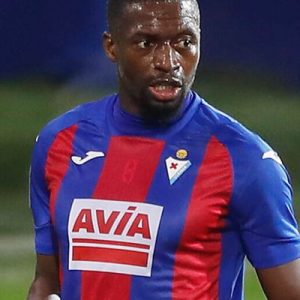 After starting out at Rennes in France, he went on to spend most of his career in Spain.

Born in Kaolack, Diop moved to France at early age and played youth football for Stade Rennais, making his first-team – and Ligue 1 – debut on 5 August 2006, in a 1–2 home loss against Lille OSC. In the summer of 2006 he joined Tours FC, being relegated from Ligue 2 in his first season.

On 31 January 2008, Diop signed with Gimnàstic de Tarragona in Spain. After one-and-a-half seasons with the Catalans he moved to La Liga with Racing de Santander, for €1.5 million.

On 12 September 2009, Diop played his first game in the Spanish top level, starting in a 1–1 away draw against Atlético Madrid. His first league goal came on 21 March of the following year, netting the last of a 3–1 success at CA Osasuna.

In the 2011–12 campaign, Diop played all but four matches for the Cantabrians and totalled 2,864 minutes of action, but his team was relegated nonetheless after finishing 20th. Shortly after, he joined fellow league club Levante UD, which paid €100,000 for his services.

On 4 May 2014, Diop appeared to be subjected to monkey chants from a section of Atlético Madrid fans, and provided a unique response by dancing in front of his abusers. On 5 June of the following year, he left the Granotes after his contract expired.

On 31 August 2015, Diop signed a three-year deal with RCD Espanyol also in the top tier. On 22 December 2017, after cutting ties with the club, he agreed to an 18-month contract at fellow league team SD Eibar.