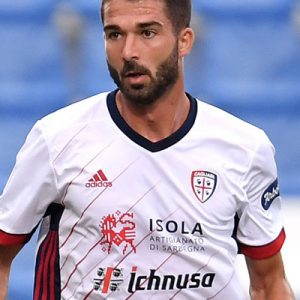 Pancrazio Paolo Faragò is an Italian professional footballer who plays for Serie A club Bologna on loan from Cagliari.

Novara
Born in Catanzaro, in the Calabria region, Faragò was a player of the reserve team of Piedmontese club Novara during the 2011–12 season. Faragò made his Serie B debut during the 2012–13 Serie B season. He followed the club from their relegation to Lega Pro in 2014 and their promotion back to Serie B in 2015. In the 2015–16 Serie B season, Faragò wore the number 8 shirt.

Cagliari
On 19 January 2017, Faragò was signed by Cagliari in a temporary deal, with an obligation to sign him outright.

Bologna
On 29 January 2021, Faragò moved to Serie A club Bologna on a loan deal until the end of the season. The loan includes an option to buy.