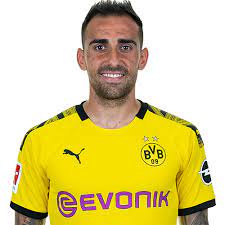 Francisco “Paco” Alcácer García (born 30 August 1993) is a Spanish professional footballer who plays as a striker for Villarreal and the Spain national team.

Having come through the Valencia youth ranks, he started playing with the first team in 2010, and became a regular following a loan at Getafe, totalling 43 goals in 118 matches. In 2016 he signed for Barcelona for €30 million, winning two Copa del Rey trophies and the 2017–18 La Liga during his spell as a reserve to Luis Suárez before leaving for Borussia Dortmund.

Alcácer won the European Championship twice with Spain’s under-19 side, and made his senior international debut in 2014.

Villarreal
Alcácer returned to Spain’s top flight on 30 January 2020, agreeing to a five-and-a-half-year deal at Villarreal and becoming the club’s most expensive signing ever in the process at €25 million. He scored on his debut against Osasuna, helping the hosts win 3–1.

Alcácer netted six times for the 2020–21 Europa League winners, playing the last 13 minutes of the second half and converting his attempt in the penalty shootout victory over Manchester United in the final.