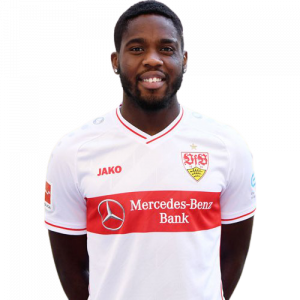 Orel Johnson Mangala (born 18 March 1998) is a Belgian professional footballer who plays as a midfielder for VfB Stuttgart.

lub career
On 9 June 2017, Mangala signed a four-year contract with VfB Stuttgart. On 8 August 2018, Mangala was loaned out to Hamburger SV without a purchase option until the end of the season.

On 9 April 2021, Mangala extended his contract with VfB Stuttgart until June 2024.

International career
He was called up to the senior Belgium squad in March 2021.