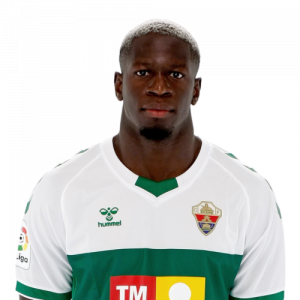 Omenuke Mfulu (born 20 March 1994) is a Congolese professional footballer who plays as a midfielder for Spanish club Elche CF.

Mfulu moved to Reims from Lille OSC in the summer of 2013, and did enough with the reserve team to earn a three-year professional contract with the Ligue 1 club the following January.

After four years with Reims, Mfulu signed for Red Star in Championnat National on 5 August 2017. On 17 June 2019, he moved to Spain and signed for Elche CF.