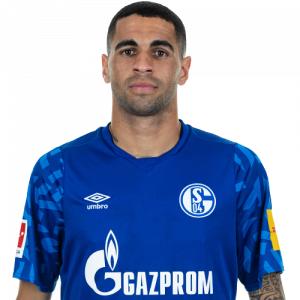 Club career
Real Madrid
Born in Santa Cruz de Tenerife, Canary Islands, Mascarell joined Real Madrid’s youth system at the age of 17, arriving from local CD Laguna de Tenerife. On 21 August 2011 he made his debut as a senior, playing with Real Madrid Castilla against Sporting de Gijón B for the Segunda División B. He contributed 24 games during the season (11 starts) as the B’s returned to Segunda División after an absence of five years, scoring twice in the process.

Eintracht Frankfurt
On 6 July 2016, Mascarell signed with Eintracht Frankfurt on a three-year contract. His maiden appearance in the Bundesliga took place on 27 August, when he played the full 90 minutes in a 1–0 home defeat of FC Schalke 04.

Schalke 04
On 29 June 2018, Mascarell’s buy back clause was activated by Real Madrid for €4 million. He was subsequently sold to Schalke 04 also in the German top division for €10 million, signing a four-year contract.

For 2019–20, Mascarell was appointed vice-captain. After Alexander Nübel decided to leave the club at the end of the season, he was selected by head coach David Wagner as his successor; however, he was stripped off on 30 January 2021 and replaced by Sead Kolašinac.