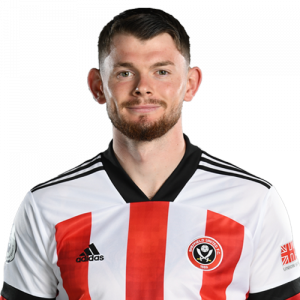 He came through the academy at Nottingham Forest, signing a professional contract in September 2014 and making his debut the following February. In August 2016, Burke signed for Bundesliga club RB Leipzig for a reported fee of £13 million, a record fee for a Scottish player. A year later, having helped Leipzig to runners-up position in the league, he returned to England by signing for West Bromwich Albion for a fee of £15 million. Following an unsuccessful few years at West Bromwich Albion, in September 2020, Burke joined Sheffield United in a swap deal involving Callum Robinson.

Sheffield United signed Burke from West Brom in September 2020, with Callum Robinson moving in the opposite direction. Burke signed a three-year contract with the Blades. He scored his first goal for the club in a 2–1 away league win over Manchester United on 27 January 2021, clinching the Blades’ first league win over the Red Devils since 1992 and their first win at Old Trafford in Premier League history, as their last victory there took place in 1973.

Burke was recalled to the full international squad in March 2019 and scored his first senior goal in Scotland’s 2–1 victory over Cyprus on 8 June the same year.