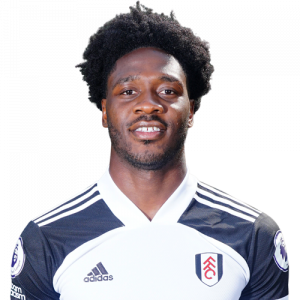 Temitayo Olufisayo Olaoluwa “Ola” Aina (born 8 October 1996) is a Nigerian professional footballer who plays as a wing-back for Premier League club Fulham, on loan from Torino, and the Nigeria national team.

Chelsea
Early career
Ola Aina signed for Chelsea as an under-11 and made his youth team debut as a schoolboy in the 2012–13 season and went on to start in both legs of the semi-final and final of the FA Youth Cup. In his youth career, he has also represented Chelsea in the under-18s, under-19s, and under-21 levels.

Loan to Hull City
On 11 July 2017, Chelsea announced that they had loaned Aina to Championship side Hull City. He made his debut on the opening day of the season, 5 August 2017, away to Aston Villa, in a 1–1 draw. He scored the only goal in a 1–0 defeat of Blackburn Rovers in the third-round of the FA Cup on 6 January 2018.

Torino
On 14 August 2018, Aina joined Italian club Torino on a season-long loan after signing a new three-year deal with Chelsea. He made his Serie A debut a few days later in Torino’s 0–1 opening day defeat at home to Roma, coming on as a substitute in place of fellow right-back Lorenzo De Silvestri who went off injured after just 25 minutes. Aina scored his first goal for Torino in a match against Udinese on 2 February 2019. Aina made 30 Serie A appearances in what was a strong season for Il Toro, whose seventh place finish secured a Europa League qualifying spot.

2020–21 season: Loan to Fulham
On 11 September 2020, Aina returned to the Premier League, signing for Fulham on an initial season-long loan with an option to make the deal permanent. On 2 November, Aina scored his first goal for the club, and in the Premier League, in a 2–0 home win over West Brom, shooting into the top-left corner from outside the penalty area. The strike was later selected as the goal of the month by the Premier League. Aina became the third Fulham player to win the Budweiser Goal of the Month award, after Jean Michaël Seri and André Schürrle both won the prize in 2018–19.